Visual Studio code is my go to editor now for most work including creating PowerShell scripts, terraform deployments, cloudformation templates and general file editing. It has a great selection of useful extensions, nice git integration and I use it on Windows, Mac and Ubuntu (the debugging of PowerShell on the Mac crashes from time to time but on the whole it’s a solid experience, and to be fair PowerShell on Mac is still an Alpha release).

While editing a cloudformation YAML file in the VS Code insders release, I notice that the indentations were highlighted and this was really handy to make sure everything was correctly aligned. When I got to work and opened up the file on the mac I noticed they were not visible, this was solved by going into the user settings (File, Preferences, Settings) and adding the following line to the file: “editor.insertSpaces”: true My settings file now looks like:

With that line added, the YAML file now looked like: 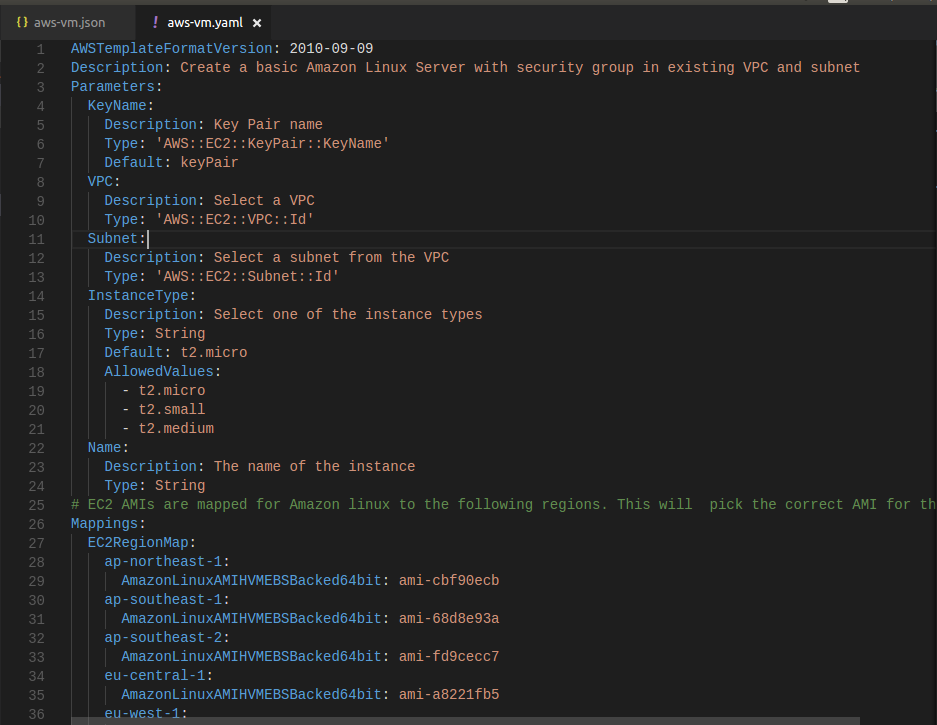